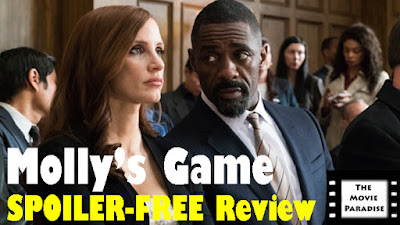 Aaron Sorkin is my favorite working writer today. His films are written with such care and craft, as well as with such intelligence and sophistication. He writes dialogue like no one else can, and has a strong handle on how to effectively tell a story. With Molly's Game, Sorkin makes his directorial debut, and I have been fascinated to see what he can do behind the camera. And the whole idea of Molly's Game just sounded fascinating. I am an avid poker player, so I am always interested in seeing movies that involve the game. But the best poker movies are the ones that can use the game as a backdrop and can tell a compelling story independent of it, such as what Casino Royale did. A poker movie has to also appeal to non-poker players, which is an interesting line to walk. I was very curious to see what Sorkin could do with Molly's Game, and he shows that he has a fantastic command of the camera as a director. He delivers on a pulsating, entertaining movie led by a strong story and even stronger characters. 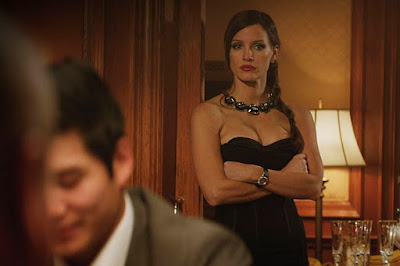 I'm surprised by just how much I got into this movie. It's honestly a riveting story, told through a brilliant directorial debut. Aaron Sorkin proves that he has what it takes to be a director now. He shows that he has a strong command over the camera, as well as giving us another excellent screenplay. I said before that a poker movie needs to appeal to non-poker players as well, and Molly's Game does that. It definitely has exciting poker moments, but the stakes are there because we are invested in the characters. We care about Molly's crusade, and thus, through that, we are invested in the game. Even if some audience members don't understand or like the game of poker, Sorkin structures the movie in a way where they can still enjoy the film without missing any of the story beats. This is a smart script, done to mirror Molly's own intelligence. It is incredibly stylized, and it absolutely works for this movie. It's not done for the sake of being stylized; it's done to further enrich and explain Molly Bloom. This is done through excellently written narration, and enhanced by graphics and clips. Altogether, it excellently captures her character, which is something few writers can truly accomplish, and Sorkin has done so.

The performances Sorkin gets out of his actors are also all excellent. Jessica Chastain is fantastic as Molly Bloom. She's cunning and calculated, and has a very abrasive personality. But we also get moments where she doubts herself and is at a loss of what to do, and this balance is imperative in making her as compelling of a character as she is. We see her at her strongest points as well as at her weakest, and it makes her more of a well-rounded, fleshed out character for it. Idris Elba is also great in this movie. He's good throughout, but he takes his performance to another level when he delivers a monologue to a couple of lawyers. He has a great dynamic with Chastain, and their back-and-forth makes for some of the most entertaining parts of the film. Kevin Costner, Michael Cera, and Chris O'Dowd round out the supporting cast, and they all do a really good job. Costner is only in the movie for a couple of scenes, but he plays an integral role in helping us understand Molly better as a character, and he gives a great performance for these few scenes. I didn't find O'Dowd truly necessary for the film, but he gives an entertaining enough performance that I could look past it. And it was fun to see Michael Cera in this kind of role. In actuality, I don't have too many negatives. Though, the movie does kind of go on for too long. It could have had about ten minutes shaved off. I was invested for the entire time, but, as much as I was loving the film, I was beginning to feel fatigued as we were approaching the end. There are certain parts, such as Chris O'Dowd's character, that could have been cut out in order to make it a leaner film. But really other than that, I was hooked the entire time, and I absolutely ate up this film. 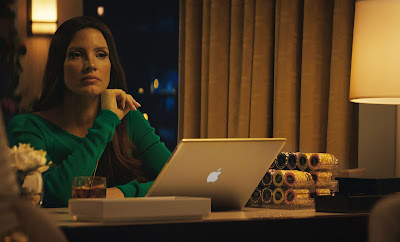 Overall, Molly's Game is an excellent directorial debut for Aaron Sorkin, and shows us that he has what it takes to be a director. He delivers on another excellent screenplay, one that, through its super stylized nature, reflects the nature and personality of its main character. The movie also does a great job of appealing to non-poker players, as the stakes of the game lie in the characters, not in the game itself. This is crucial in crafting a movie that is widely accessible, and not just for fans of the game of poker. Jessica Chastain easily gives the best performance of the movie, and delivers on a truly compelling performance. Idris Elba is great as well, playing off of Chastain's lead excellently. The rest of the supporting cast is good as well. While I was invested in the movie the entire time, it could have been trimmed down by about ten minutes. This would have made a sharp movie even sharper. But other than that small issue, I was wholly entertained by and invested in Molly's Game. It's a great film, and one that will certainly end up in my top ten films of 2017. After watching this movie, I can't wait to see what Aaron Sorkin does next. 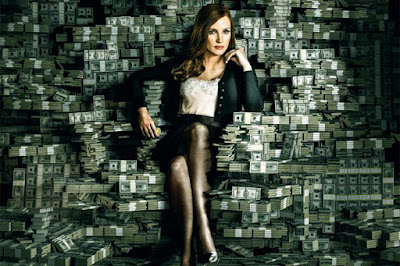 What do you think? Have you seen Molly's Game? If not, are you planning on seeing it? Leave your (spoiler-free) thoughts in the comments section below.