For the past two entries into the franchise, I've been a big fan of the Mission: Impossible series. I thought Mission: Impossible- Ghost Protocol was fantastic. It perfectly blended the espionage nature of the series with high octane action sequences. And while I didn't think Mission: Impossible- Rogue Nation was as good, I still found it to be a great movie. So I've been rather excited for the sixth entry, hitting theaters this July. We recently learned the name of the film, being Mission: Impossible- Fallout. You can read our initial report of that here. But we also learned that the first trailer for the movie would be dropping during this year's Super Bowl, a prime time spot for promoting movies. I've been very interested in seeing this trailer. For a franchise coming up on its sixth entry, something new has to be done to keep it fresh, and I'm hopeful that director Christopher McQuarrie has something special in store for us. And, with the Super Bowl being today, we now have that first trailer for Mission: Impossible- Fallout.

I really liked this trailer a lot. The beginning of it has a much darker tone than what the franchise has done in the past, and I bought into it. Mission: Impossible is meant to be a little bit campy, but I liked this moment of serious reflection. And it's perfect set up for what seems to be Ethan Hunt's (Tom Cruise) most intense mission yet. For the middle portion of the trailer, I thought it looked rather standard. There was really nothing to distinguish it from the other movies. But then, once we get to the ending action sequences, the trailer took a phenomenal turn. That moment when Henry Cavill gears up to fight literally made me jump in my seat. He looked like a beast! And all of the subsequent action sequences looked intense as all hell! You go to these movies for the insane stunts that Tom Cruise does, but I wasn't sure how revolutionary hanging from a helicopter was going to be, considering the other stunts he's done in the past. But seeing just the couple shots of it in this trailer that we do, I can tell it's going to be incredible. I've always been excited for this movie, but after seeing this trailer, my excitement for Mission: Impossible- Fallout has jumped up significantly. 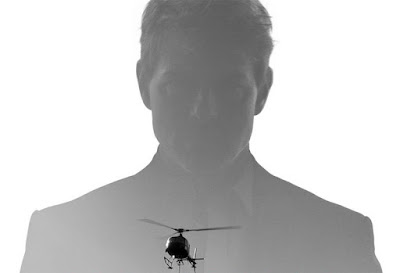 What do you think? Did you like the first trailer for Mission: Impossible- Fallout? Are you planning on seeing the film? Leave your thoughts in the comments section below.