Venom has always been a rather interesting concept for a film. How do you make a movie about a Spider-Man villain, when the movie is (seemingly) entirely divorced from that superhero? And it's something that I wasn't really interested in, until they brought on the talent behind it. You have Tom Hardy in the leading role, who is one of the best working actors today. Rounding out the supporting cast is Michelle Williams, Riz Ahmed, Jenny Slate, and Woody Harrelson. And behind the camera is Zombieland director Ruben Fleischer. That is what has gotten me on board with this movie, and with each passing day I get more and more excited for this film. If it's done the right way, I think Venom could very well become the next The Dark Knight or Logan: a super serious, dark comic book movie that elevates the genre due to its master craft. It's a long shot, but I really think Venom has a chance to join those ranks, if done the right way. So I have been incredibly excited to see a trailer, and especially excited to see what Hardy looks like as Venom. And now, we have our first official trailer for Venom, opening in theaters October 5th.

What the fuck? Seriously, what the actual, literal fuck? How the hell do you put out your first teaser for Venom, a film that fans have been skeptical about from the get-go, and not put a single frame of Venom in it? That has to be one of the stupidest marketing decisions I have seen done in a while. I'm not talking about a trailer full of Venom. I'm not even talking about a full look. We don't even get a shot of the back of his head, or just his tongue. The whole trailer is building up towards something, and then all we get is the title card. I'm sorry, but with this trailer, no one gives a shit about Eddie Brock. That's the movie's job is to make us care about him. Not one single person watched this trailer excited to see what Tom Hardy looked like as Eddie Brock. No, everyone who clicked on that trailer watched it to see what Venom would look like, and they didn't show us. This isn't a case where it's a Spider-Man movie and they decided to hold off on showing the villain. That's fine. But they didn't show Venom in his own movie. That's like if they put out a trailer for a new Batman movie without a single frame of Batman in the trailer. It's ludicrous. Now, I understand that the visual effects probably aren't done, so there is a strong chance that they didn't want to show Venom until they could nail down the effects. If that's the case, then why are you dropping a trailer now if you don't have anything to show? The movie doesn't open until October; if you don't have the means to show us the main character, then why are you giving us a trailer at all? This just absolutely baffles me. Let me be clear, I don't hate the trailer. It's just all set up for something we don't get. I'm still really looking forward to this movie, but my faith has been shaken a little bit by this outlandishly stupid marketing decision. Hopefully, if they're smart, they'll put Venom in the next trailer for his own movie. 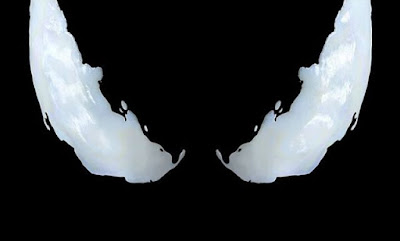 What do you think? Did you like the first trailer for Venom? Are you planning on seeing the film? Leave your thoughts in the comments section below.