Wrapping Up 2017: Most Surprising Movies of the Year with a Special Guest Writer 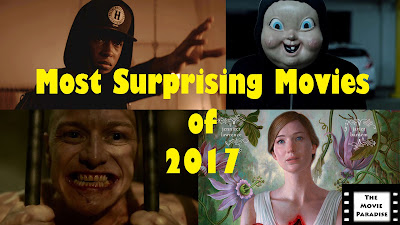 [The following article is the transcript of a previously recorded exchange between main writer Nathanael Molnár and special guest writer Rob Giachinta, as they talk about their most surprising movies of the year, as part of their Wrapping Up 2017 editorial series. You can read all of the entries into this series here. This was recorded on Tuesday, January 9th]

**There will be spoilers for the movies**

Nathanael: Hello, and welcome to The Movie Paradise. My name is Nathanael, and I am your host. Today I am joined by special guest writer, Rob.
Rob: Hello friends.
Nathanael: So this is part of our Wrapping Up 2017 editorial series, and today we're going to be talking about our most surprising films of the year. These are the movies that either we didn't have very high expectations for, or basically the expectations we had were significantly lower to how we ended up enjoying the movie. So we may have been excited for the film, but what we ended up getting was a lot better than what we were expecting.
Rob: Yeah, some would say the films surprised us.
Nathanael: Very good.
Rob: Just to sum it up for you.
Nathanael: So how this is going to work is I will talk about my #5-2. Rob will talk about his #5-2, and then we'll both talk about our number ones. 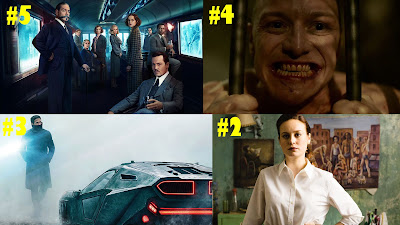 Nathanael: My #5 is Murder on the Orient Express. I was initially pretty excited for this because of the great cast, and Kenneth Branagh is a pretty good director. When the reviews came out, however, it ended up being panned by a lot of critics, so my interest was lost, but I still ended up seeing it, and I was pleasantly surprised. While it's not one of my favorite films of the year, I found it very enjoyable, thanks to the great cast and the way it was directed. Rob, did you end up seeing this?
Rob: No I had better things to do with my time.
Nathanael: [Laughing] Okay then. [Read our review for Murder on the Orient Express here] My #4 is Split. This is mainly because I have not liked a single M. Night Shyamalan movie since Unbreakable. I know a lot of people thought The Visit was his return to form, but I wasn't a big fan of that film. So, going into Split, I didn't have high hopes, but I thought it was a fantastic movie. James McAvoy gave around seven great performances, and Shyamalan was impressive behind the camera, and his writing was back to form with a great twist. What makes the twist great is that it worked as film before the reveal, and ended up adding a lot more to the movie after you sit back and think about it. [Read our review for Split here] My #3 is Blade Runner 2049, which is also in my top ten list as well. I am personally not a big fan of the first Blade Runner, as is Rob. It has parts that I like and parts that I don't like. With [director] Denis Villeneuve, I was fan of Prisoners and Sicario, but I wasn't that high on his last movie, Arrival. So I was interested in [Blade Runner 2049], but I was also skeptical. After seeing the movie, however, I wound upon loving this movie. I think it's one of the best films of the year, filled with great direction from Villeneuve, stunning cinematography by Roger Deakins, who deserves to win the Oscar. The way these two crafted such as beautiful film made me incredibly and pleasantly surprised. [Read our review for Blade Runner 2049 here] My #2 is The Glass Castle. I really wasn't expecting much from it when I went to go see this. I thought the trailers were fine, and I liked the director because I thought Short Term 12 was a really good movie, and I love Brie Larson and Woody Harrelson. But the reviews weren't that positive, so I didn't know what to expect. Coming out of the movie, I completely disagree with the critics on this one. I thought it was a great movie. It got me emotionally hooked on its story, and I thought the performances were all incredible. I feel more people should see this movie. [Read our review for The Glass Castle here] 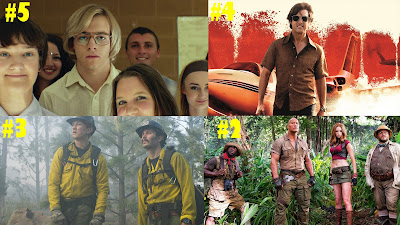 Rob: My #5 is My Friend Dahmer. It was a smaller movie about Jeffery Dahmer, starring Ross Lynch from Disney Channel fame, and I wasn't sure how a kid coming straight from Disney would perform in a movie about such a dark character. But he was great in the movie, and so was the movie as a whole. The film is most fascinating when it's showing us how a young boy could evolve into a cannibal and a serial killer after the way he was treated and brought up. My #4 is American Made. I like Tom Cruise in some movies, especially Edge of Tomorrow, which also comes from the director of American Made, in Doug Liman. Their individual, previous works, Cruise's The Mummy and Liman's The Wall, were decent to bad films at best, so I walked in a little nervous as to what I was going to get. In this one, they both return to form, and deliver a movie that might not be completely factually correct, but is entertaining as hell in the long run. My #3 is Only the Brave. I thought this movie was going to be another $5 box, decent cable movie due to its lackluster director in Joseph Kosinski. Now, making my end of the year lists, the movie almost got into my honorable mentions for my top ten list of the year. I really enjoyed this movie due to its great special effects and a great lead performance by Josh Brolin and supporting performances from Jennifer Connolly, Miles Teller, and Jeff Bridges. It showed a heroic story of the Granite Mountain Hotshots, and their eventual perish after being burned alive by a dangerous forest fire. The movie also pays as a great tribute to the men who risked their lives for their hometown. My #2 is Jumanji: Welcome to the Jungle. I liked the trailers for this one, but I couldn't help but think it was going to be a dumb movie--just based off [the fact that] my own personal belief [was] that this was just going to be a cash grab. What it turned out to be was a gut-busting comedy and a huge success, and hopefully franchise starter for Dwayne Johnson and company. Jack Black gives the best comedic performance of the film, and makes this movie highly enjoyable. [Read our review for Jumanji: Welcome to the Jungle here] 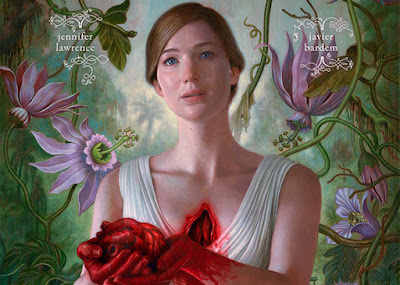 Nathanael: My #1 is mother! I thought this movie was going to suck. I remember hearing that the studio had released statements to the press stating what the movie was about, and that turned me off. A movie should speak for itself. However, my personal opinion of the film is that is crafted fantastically. The writing is fantastic, and its hidden messages make it a special film. Is this movie a good time at the movies were you sit down eat popcorn and enjoy yourself? No, but as a film that you would study in film school I think it works perfectly. As someone once said,  it works as a film, but it does not work as a movie.
Rob: I was disappointed due to the way it was marketed as a horror movie and that's not what it was.
Nathanael: It shouldn't have been marketed as a horror movie, because it's not at all. But to be fair, I don't know how else you would market it. I was just incredibly impressed by all the work Darren Aronofsky put into it. And I don't blame him for the statements going to the press. I think that was more the studio pushing that than Darren Aronofsky.
Rob: Well, the way I see it, I don't think the studio would have put it out if Darren Aronofsky really didn't want it to go out.
Nathanael: I just don't think the studio knew how to market it, and they panicked. But a poor marketing job doesn't hinder an excellently crafted film.

[Read our review for mother! here] 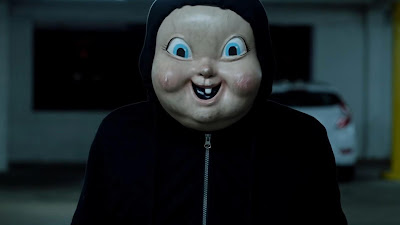 Rob: My #1 is Happy Death Day. I remember laughing at the trailers for this one, thinking this was going too stupid and unwatchable. Man, was Robert William Giachinta wrong. This movie was hysterical, entertaining, had good twist and a great lead performance from Jessica Rothe. The movie was so good that it almost made my top ten list, and I thought it was going to be in my top five worst movies going into it, so that incredible jump is what makes it my #1 most surprising movie of the year.
Nathanael: Now, was it a horror/comedy, or was it more just a straight comedy?
Rob: It's more just entertaining than anything else. There's a focus on comedy, but there's definitely some horror in it. 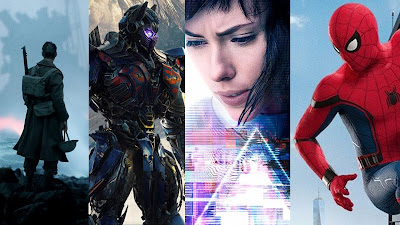 What do you think? Do you agree with our picks for the most surprising films of 2017? What are some other movies you would add to the list? Leave your thoughts in the comments section below.

Written by: Nathanael Molnár and Rob Giachinta
Email us your movie questions at: themovieparadise999@gmail.com
Like us on Facebook, and Follow us on Twitter and Instagram @movieparadise99
american made blade runner 2049 editorial happy death day jumanji welcome to the jungle mother! murder on the orient express nate rob giachinta split the glass castle transcipt wrapping up 2017