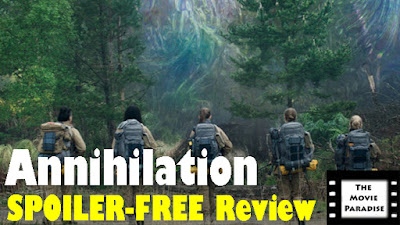 With his directorial debut, Ex Machina, Alex Garland delivered on a fabulously fresh science fiction film. It dealt with strong issues concerning artificial intelligence and, even beyond that, it talked about the capacity of human love. Garland came out guns blazing with that film, so a lot of attention has since been drawn to his sophomore effort, Annihilation. The movie stars Natalie Portman as Lena, a widowed biologist whose husband (Oscar Isaac) disappeared while stationed overseas. She later learns the truth about his involvement in a government expedition into the Shimmer, a mysterious environmental disaster zone of extraterrestrial origins. Lena subsequently signs up to be part of the next expedition, this time consisting of all scientists, as they set out to figure out what exactly the Shimmer is. And that question is never quite answered. Annihilation has some great performances and some breathtaking visual effects, but the story lacks the depth that Ex Machina has, and it never gives you enough to be able to come to your own conclusions about what the Shimmer is. Instead, you're simply left asking, "What the fuck was that?" 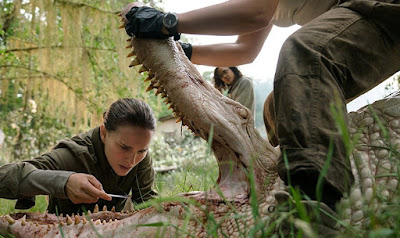 Annihilation's strength comes from its visuals. It draws you in with alluring effects that feel like an acid trip. From the actual look of the Shimmer to the vegetation to the design of the hybrid animals, the movie does a remarkable job with establishing a clear visual aesthetic. It is very reminiscent of classic science fiction films, and it seems that was something done on purpose. With Garland's films, they take on a horror quality that accompanies its sci fi element. Ex Machina focused on technological horror, with the rise of an A.I. system. Annihilation focuses on biological horror, and the effect an extraterrestrial force that does not abide by our laws of nature has on different organisms. And this is an absolutely fascinating concept that could make for a brilliant movie. However, in my opinion, Annihilation does not follow through on exploring that concept in the same way Ex Machina did. Rather, Annihilation throws a whole bunch of really interesting things at you and lets you figure out if any of it means anything entirely on your own. I'm not saying that the movie needs to spell everything out for us and explain what everything means and how it all connects. However, the movie doesn't give us any sort of context as to what is really going on. Shit happens for the sake of it happening, and the movie gives no clue as to what the deeper reasoning for that is. And when there is no clue for why something is happening, the only logical conclusion you can come to is that there was never any intended reason for it to begin with. 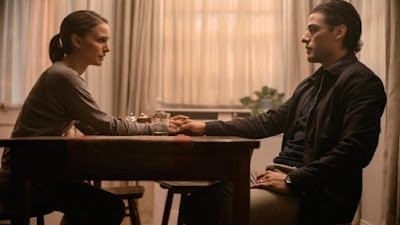 While a lot of what is happening in the movie doesn't make much sense and doesn't exactly have apparent reasoning behind it, something that kept my interest was the performances. Natalie Portman does a great job leading this movie, and you feel for her character. I actually like the part of the movie where we are simply spending time with her character more than when she is actually in the Shimmer. In the Shimmer, it is mostly Portman reacting to things, rather than her being able to grow and expand upon her character. A lot of the crucial character work is done in the beginning, which is the part I really liked. The supporting cast including Tessa Thompson and Jennifer Jason Leigh is strong and adds a lot to the movie. However, I found Gina Rodriguez to be rather lacking. Much of her line delivery is weak, and she took me out of the film a fair amount, whereas everyone else in the cast works to immerse me more into the movie. I also don't really care for Oscar Isaac's character. He isn't in the movie that much, and there isn't a lot of character development done for his character. I understand the role he plays in the story and how significant he truly is, but I just didn't care that much for his character.

Overall, Annihilation is a solid attempt by Alex Garland at creating a new provocative science fiction film, much in the vein of his first film, Ex Machina. However, while delivering on strong performances, a fascinating concept, and beautiful visuals, Annihilation ultimately feels rather hollow. It throws a whole bunch of things at you, but does nothing to show how they all connect. Great science fiction films will give the audience a sense of the mythology. Basically, they will give you the context so that you can then connect all the pieces on your own. Annihilation doesn't do this, but instead just presents you with a whole lot of really cool looking shit that has no apparent inherent basis whatsoever. By the end of the film, while I enjoyed watching the movie, it ends up feeling like a shallow experience. What does any of this amount to? There's nothing that will haunt me later or make me think for days afterwards. There are no questions asked, or ideas to ponder. In the end, Annihilation is a nice looking film that you can certainly enjoy, but it is rather void of any sort of true substance that elevates science fiction movies and makes them stand out among the rest. 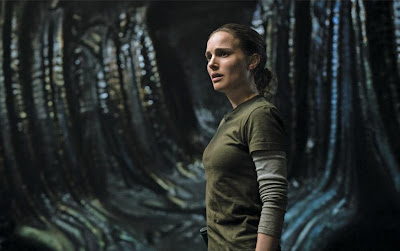 What do you think? Have you seen Annihilation? If not, are you planning on seeing it? Leave your (spoiler-free) thoughts in the comments section below.