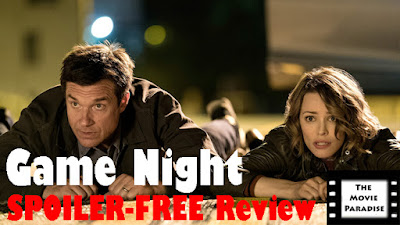 Comedy is a hard genre to get right on screen. It is one of the most subjective kinds of films there is, and even comedies that are generally defined as being great can still fall flat for some people. That is simply the nature of the art of comedy. Unfortunately, this results in us, the consumers, not getting very many good comedies. Instead, there is an overabundance of brutally shitty comedies that make you dig your face into the palm of your hand and question why you wasted $10 and two hours of your time to watch this garbage. This was exactly my experience with Game Night, the new film from Vacation directors John Francis Daley and Jonathan Goldstein. I doubt many people were counting down the days until they could go see Game Night, nor could anyone be blamed for thinking it looked like a steaming pile of shit. The trailers never came across as if the film could actually be anything worthwhile. But then, the unimaginable happened. Reviews began dropping for the movie, and it suddenly was certified fresh on Rotten Tomatoes with an 81% critics rating. I had never intended on seeing Game Night, but after seeing the surprisingly strong reviews it was getting, I decided to go check it out. However, I have come to regret that decision. Game Night is everything I had originally thought it was going to be, from having terrible humor to cringe-worthy performances. 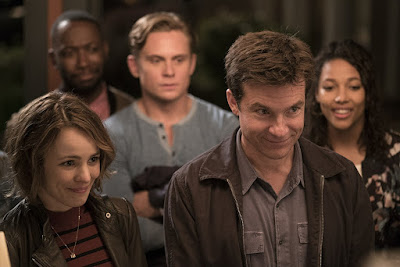 Rob Giachinta, a special guest writer I sometimes have on the site to help out with some editorial pieces, has always said that a comedy's sole purpose is to make you laugh. If it fails at that, then everything else is simply futile, and nothing else has much merit. I have always agreed with him on that point, and it has never been more evident than with Game Night. There are a lot of really cool, fascinating visual things Daley and Goldstein do with the film. These are well thought out and well executed elements, and I give Daley and Goldstein credit for taking risks. And that is one of the biggest positives of this film: the directors clearly tried to do something different. There's a long shot sequence in the middle of the film, which you never see in a comedy. There are some highly stylized aspects of the film done to have the movie actually resemble a board game to compliment the story. Daley and Goldstein are actively trying to make this film stand out from being just another shitty comedy, and I applaud them for that. I wish more comedy directors would take risks like this. However, like Rob Giachinta says, it ultimately boils down to whether or not the movie makes me laugh, and Game Night doesn't. And mainly for that reason, I cannot get behind this film like everyone else has.

There are only a handful of jokes that actually landed for me. Most of them feel old and stale, and seem like they could have been taken from any number of other subpar comedies. Any of the jokes or moments that did make me laugh are in the trailers, so I was already exposed to them beforehand. Comedies have a bad habit of putting all their good scenes in the marketing, so when you watch the actual movie you're simply left with all the the really bad jokes. The smart comedy will hold onto their highlights so that you can experience them for the first time in the theater, making it a richer experience. Game Night does not do this, however. The characterizations in this movie are all unbearable. Everyone has a certain shtick they're playing up, and they do nothing but harp on this one aspect of their character's personality. Take Lamorne Morris' character for example. In the first few minutes of the movie, he learns that his wife (Kylie Bunbury) slept with a celebrity while their relationship was on a break. Morris' character from that moment on does nothing but badger Bunbury about who the celebrity was. Literally every single line out of his mouth is about this. And every single character in the film has some sort of idiosyncrasy or shtick that the actors relentlessly play up and dial to 100. It starts out as just being annoying, but then gradually becomes more and more excruciating as the film progresses and everything becomes less and less funny. 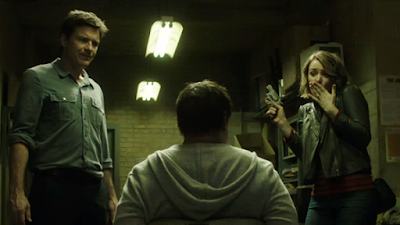 Overall, despite the fact that many critics are praising this movie, I find Game Night to be a waste of time. Directors John Francis Daley and Jonathan Goldstein are clearly trying to do something different with the movie, evident from the visual aspects they incorporate in order to compliment the story. I am glad that they took these steps to make Game Night stand apart, however it ultimately fails. The movie simply did not make me laugh. The few funny jokes it does have were already shown in the trailers, thus taking away from their novelty. The characters are also all hung up on their certain, individual shticks, ones the actors dial to 100 and play to the extreme. Some of these are funny for the first few minutes, such as with Jesse Plemons' character, but after a while they all become tiresome. The movie does have some interesting twists at the end, though if you think too hard about these twists they begin to fall apart. In the end, Game Night just falls flat for me. I appreciate the attempts made by the directors to do something different, but the movie just is not funny, and thus I did not enjoy myself while watching it. But it does have an 81% on Rotten Tomatoes, so who knows? You could very well see it and have a great time. But I personally really did not enjoy this film. 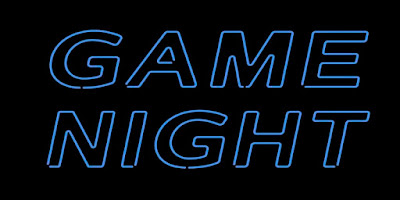 What do you think? Have you seen Game Night? If not, are you planning on seeing it? Leave your (spoiler-free) thoughts in the comments section below.