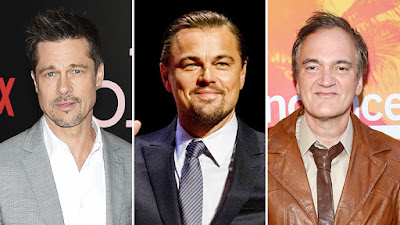 While a lot of headlines surrounding Quentin Tarantino have either revolved around the controversy about how he handled certain situations on the set of Kill Bill back in the early 2000's, or his helming of an R-rated Star Trek movie for Paramount (read about that here), his next immediate movie has gone rather unmentioned. It was previously described as being a Charles Manson movie, though Tarantino later said that Manson would not be the central focus of the film, in the same way that Adolf Hitler was not the focus on Inglorious Basterds but rather the events of the movie revolved around him. We heard major names thrown around for potential roles in the film, but nothing has really been concrete. That is, until now. Tarantino's new movie has been confirmed to be titled Once Upon a Time in Hollywood, with Brad Pitt and Leonardo DiCaprio signed on to play the leads. DiCaprio will be a former TV star, with Pitt as his stunt double, who are both struggling in late 1960's Hollywood as it evolves into something they no longer recognize. And DiCaprio's neighbor happens to be Sharon Tate, the wife of the later disgraced director Roman Polanski, who was murdered in 1969 by Charles Manson. While not officially signed on yet, Tom Cruise, Margot Robbie, and Al Pacino are in talks for supporting roles.

I am certainly a fan of Tarantino's work. He is one of the more unique directors in Hollywood, to say the least. So I've always been interested in seeing what his next project would end up being. And hearing that giant names such as Brad Pitt and Leonardo DiCaprio (and potentially Tom Cruise, Margot Robbie, and Al Pacino) are involved, it seems like this is shaping up to be an absolutely fascinating film. Looking at the history of what actually happened, and what Tarantino is adding to the story with DiCaprio and Pitt's characters, it looks like we're in for one hell of a movie. Inglorious Basterds showed us that Tarantino is not afraid to fuck with the history books if it makes for a more interesting film. And I think, to some degree, we'll see that with Once Upon a Time in Hollywood. I don't think it will be to the same scale that Inglorious Basterds did it, but I do think it will happen to some degree. Pitt and DiCaprio have worked with Tarantino in the past to tremendous success, so it will be great to see what they do here. But I'm even more excited to see what kind of work Cruise, Robbie, and Pacino can turn in under the direction of Tarantino. It looks like we could be getting something really special with this movie, and I cannot wait to see what Quentin Tarantino gives us with Once Upon a Time in Hollywood. 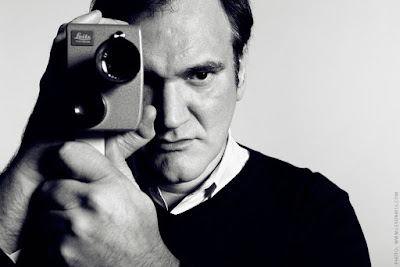 What do you think? Do you like the title and cast for Quentin Tarantino's new film? Are you looking forward to seeing Once Upon a Time in Hollywood? Leave your thoughts in the comments section below.

Written by: Nathanael Molnár
Email us your movie questions at: themovieparadise999@gmail.com
Like us on Facebook, and Follow us on Twitter and Instagram @movieparadise99
al pacino brad pitt leonardo dicaprio margot robbie nate once upon a time in hollywood quentin tarantino tom cruise