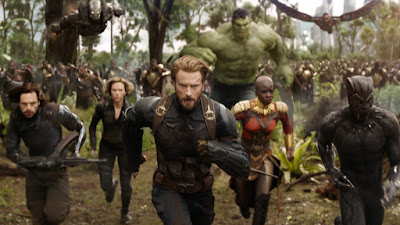 It was a war at the box office this weekend (pun intended). Avengers: Infinity War opened, and we all knew it was going to be an absolutely massive film. Everyone and their mother going was going to go see it. The question wasn't would Infinity War be big; it was how big would it end up being? Tracking numbers put Infinity War in a very good spot to challenge the current record holder for the biggest domestic opening of all time, Star Wars Episode VII: The Force Awakens. The record was $248 million, with projects showing Infinity War to make anywhere between $230-250 million. I wasn't positive if Infinity War would end up beating this number or not. I thought it had a very good shot at it, but $248 is a ridiculously high number. As much buzz as there was surrounding this movie, I just wasn't sure it could be a juggernaut of that level. I really like the movie a lot (you can read our spoiler-free review here), and I can see how it's a film that requires people to rush out to see it opening weekend. But I just couldn't say for sure that it would break the record. However, sure enough, Infinity War pulled through at the last second, making $258 million domestically. Not only did it break the domestic record, but it also broke the worldwide record, debuting to a total of $630 million. The record had previously been held by The Fate of the Furious, which had opened to $542 million.

These numbers are absolutely insane. I know a lot of people thought The Force Awakens' record was one that we would not see be beat for a very long time, and Infinity War just crushed it. That is impressive in of itself, not even considering the worldwide numbers. It didn't just break the record for the biggest worldwide opening ever; it made almost $100 million more than what The Fate of the Furious had made. And Infinity War hasn't even opened in China yet, one of its (potentially) biggest markets! Breaking one of these records deserves a standing ovation, let alone breaking both at the same time. I don't know if we will see another movie break both of these records at once again for a very long time. I am incredibly happy for Marvel and their success with this film. They have been strategically and meticulously building to this point for ten years, and they pulled it all off! They absolutely deserve to rake in the cash like this. Another record I think Infinity War will break is being the quickest to make a billion dollars. The Force Awakens currently holds that record, having made a billion in twelve days. Infinity War will beat that, considering The Force Awakens opened to $529 million, over $100 million less than what Infinity War just opened to. I predict Infinity War will cross a billion in closer to about ten days. I also think it is a no-brainer that Infinity War will crack two billion. It will not dethrone Avatar as the highest grossing movie of all time, but I do think it will top the third place holder, The Force Awakens ($2.07 billion), and it also has a strong chance to beat the second place holder, Titanic ($2.19 billion). All this news is incredible, but we will have to stay tuned. I am sure there will be tons of news about Avengers: Infinity War's box office in the coming weeks. 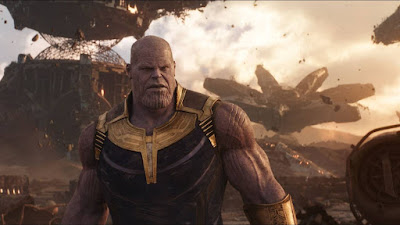 What do you think? Are you surprised that Avengers: Infinity War broke both the domestic and worldwide records for biggest opening weekend ever? Will another film break both at the same time again? What other records will Infinity War break? Leave your thoughts in the comments section below.

Written by: Nathanael Molnár
Email us your movie questions at: themovieparadise999@gmail.com
Like us on Facebook, and Follow us on Twitter and Instagram @movieparadise99
all time box office avengers infinity war box office disney domestic box office marvel nate star wars the force awakens superhero the fate of the furious weekend box office