While I loved the first Jurassic World, I haven't been super enthusiastic for Jurassic World: Fallen Kingdom. I've definitely been looking forward to it; it was on my top ten list for my most anticipated films of the year. But I haven't been counting down the days to it in the same way I have been for other summer releases, like Avengers: Infinity War or Deadpool 2. I thought the first trailer for Fallen Kingdom was okay at best, as I didn't think it was the best way to introduce us to the movie. I liked the Super Bowl trailer they put out far better. And now, with just a couple months left until the movie hits theaters, we are getting our third and final trailer for Fallen Kingdom. With this trailer, I'm looking to get a better sense of the story. We have gotten pieces of it with the previous trailers, but not enough to see how it all comes together. I also want to see the movie will fuse the action and horror together. The first trailer emphasized the action, while the second focused more on the horror, and I'm looking this trailer to show how the two will be intertwined. And now we are able to see how all of that will work with the third trailer for Jurassic World: Fallen Kingdom, which hits theaters on June 22.

I still I think I liked the Super Bowl trailer better, but this is a very good trailer. It delivers on all the elements I was looking for. It immediately tells us why Owen Grady (Chris Pratt) is back for this movie, as well as Claire (Bryce Dallas Howard). The trailers thus far have presented two different stories: one involving the imminent destruction of the island, and another involving the creation of a new hybrid dinosaur. This is the first trailer we've had that has explained how the two storylines are connected. But the smart thing it did is that it didn't give away too much. I walked away feeling like I understand what this movie is going to be like without feeling as if I have seen the entire movie. It came very close to doing that, but it came up just short of it, and I was happy about that. We also do get to see the fusion of the action and the horror. One thing that the first Jurassic World was missing was the horror of the situation that Steven Spielberg captured so perfectly with the original Jurassic Park. But with J.A. Bayona's outing, it looks like that element of these movies will be reintegrated into Fallen Kingdom. Overall, I was pleased with this trailer. It didn't knock my socks off, but I feel content with everything I know about this movie and I'm looking forward to seeing Jurassic World: Fallen Kingdom. I hope this movie defies all of our expectations and really surprises us, and with Bayona directing, I think that is a very strong possibility. 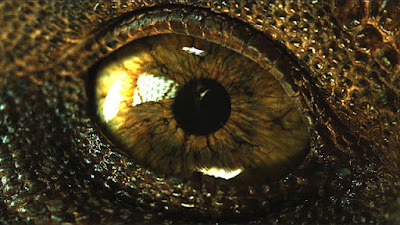 What do you think? Did you like the third trailer for Jurassic World: Fallen Kingdom? Are you planning on seeing the film? Leave your thoughts in the comments section below.