Opening This Weekend: A Quiet Place, Blockers, The Miracle Season 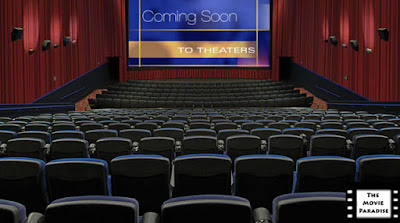 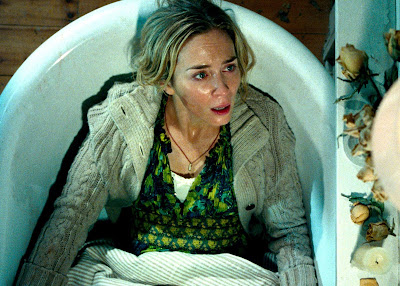 Plot Synopsis: A family is forced to live in silence while hiding from creatures that hunt by sound.

A Quiet Place is one of my most anticipated films of the year. The trailers have been incredible-- setting up this terrifying world built on the premise that you cannot speak. "If they hear you, they hunt you" is such a great tagline because it tells you everything you need to know about the movie. John Krasinski of The Office fame stars and directs the movie, alongside his wife Emily Blunt. I'm excited to see Krasinski venture into a new part of his career. This film has been getting rave reviews, and hopefully it will propel him into a future of directing. He was excellent on The Office, but I think there is so much more to him than just that, and hopefully A Quiet Place will be the thing that breaks him out. If you're a fan of horror movies, you need to go see this movie. The trailers have been terrifying, and it has been getting excellent reviews. Coming out of SXSW, critics were claiming it is insurmountably scary. I cannot wait to see this film, and if you're looking for a movie recommendation for this weekend, definitely go see A Quiet Place. 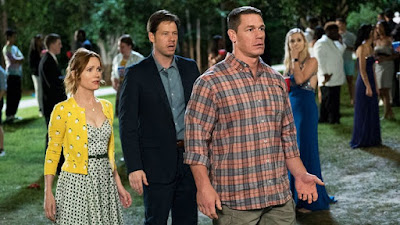 Plot Synopsis: Three parents try to stop their daughters from having sex on Prom night.

I've thought the marketing for Blockers has been complete ass. The trailers barely got a chuckle out of me, and the humor they do have just feels entirely forced. It honestly looks horrendous. However, reviews have come out saying it's actually really good, which completely shocked me. So while I had absolutely no plans to go see this movie, I'm now actually going to try to go out and see it. However, I am afraid this is going to end up being a similar situation to what happened with Game Night. I thought the trailers for that movie made it look like garbage, but then it got a lot of great reviews. So I saw it, and it ended up being exactly what I initially thought it was going to be. I know a lot of people love Game Night, but it just didn't work for me. So I'm afraid that will happen with Blockers too, but who knows? I could end up loving it. If you've been skeptical about Blockers like I have, it might be worth the risk. However, if you can only go see one new movie this weekend, I would personally suggest seeing A Quiet Place instead, assuming you like horror movies. 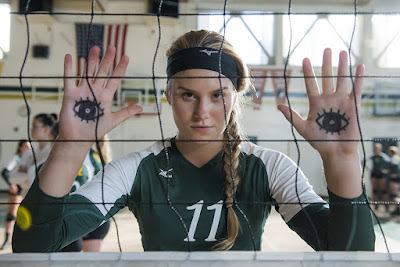 Plot Synopsis: After the tragic death of star volleyball player Caroline "Line" Found, a team of dispirited high school girls must band together under the guidance of their tough-love coach in hopes of winning the state championship.

I remember seeing the trailers for The Miracle Season a long time ago. The tone of it was very reminiscent of another movie that came out a few years ago called Soul Surfer. However, once I looked it up later, I realized The Miracle Season is directed by the same guy that did Soul Surfer, Sean McNamara. Other than that interesting fact, I don't have much more to say about The Miracle Season. It really isn't my kind of movie. It's not something that's for me. It certainly has its audience, and I'm sure there's a bunch of people who are going to check this movie out and really enjoy it. But it's not for me. And judging by it's 33% on Rotten Tomatoes, I'm going to assume it's not that good of a film period, let alone not being something I'm that interested in. If the trailers appeal to you, and you really like these kinds of movies, then I would definitely encourage you to go out and see The Miracle Season. If not, then I think this is one we can all skip together. 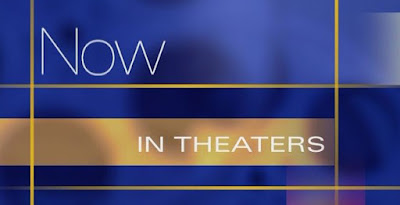 Go see Ready Player One. Just go. This movie needs to be seen, and not enough people have seen it! It did not have the greatest marketing campaign, so I can understand why you would be hesitant. But the film is absolutely incredible! It's my favorite movie of 2018 so far, and it's sad that not many people are going out to see it. Go check out Ready Player One, please, I implore you. You can read our review here. Another underappreciated film in theaters right now is Love, Simon. It won't end up being one of my favorite movies of the year or anything like it, but it's a nice little movie I wasn't expecting much out of and I ended up loving it. I highly recommend seeing Love, Simon. You can read our review here. Tyler Perry's Acrimony is also in theaters, though I've heard nothing but bad things about it. And the trailers certainly didn't do it any justice. If you're a fan of Tyler Perry's work, then you may want to go see Acrimony. Otherwise, I think it's one you can avoid. If you're looking for a giant blockbuster and Ready Player One isn't your thing, Pacific Rim: Uprising is still in theaters. I don't know why anyone would choose that over Ready Player One, but to each their own. And, of course, Black Panther is still hanging in there. These next couple weeks before Avengers: Infinity War will probably be your last chance to see Black Panther in theaters, so make sure to get it all out of your system while you still can. You can read our review here. 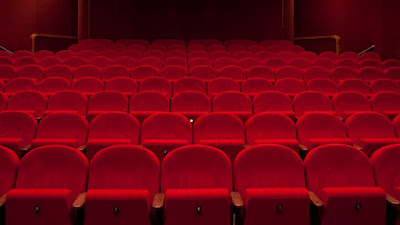 Written by: Nathanael Molnár
Email us your movie questions at: themovieparadise999@gmail.com
Like us on Facebook, and Follow us on Twitter and Instagram @movieparadise99
a quiet place black panther blockers love simon nate opening this weekend pacific rim uprising ready player one the miracle season tyler perry's acrimony