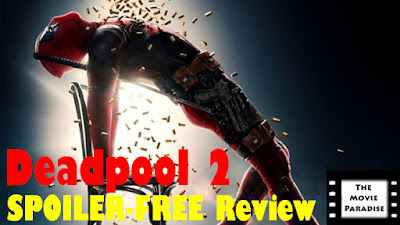 Mix the "big, red, sex toy" in with the "gender inclusive" X-Force, and what do you get? A fucking funny movie. Yes, there will be swearing in this review. If you aren't old enough to see the movie, you probably aren't old enough to read this review. Sorry not sorry. Ryan Reynolds returns in the highly anticipated sequel to the 2016 mega-hit, Deadpool. The original was one of my favorite movies of that year and, as Deadpool himself points out in the sequel, it was the second highest grossing R-rated film of all time, coming in just behind The Passion of the Christ. If you were entertained by the action and thought the comedy was gold, prepare for more of the same with Deadpool 2. This time, Wade Wilson (Reynolds) must protect a young mutant named Russell, played by Julian Dennison (Hunt for the Wilderpeople), from the time-traveling badass Cable (Josh Brolin, who can also be seen as Thanos in Avengers: Infinity War). To save Russell, Deadpool must assemble his own team of superheroes in order to take down Cable. While the story in Deadpool 2 isn't as compelling as it is in the first one, the comedy hits just as well, while the action is ramped up immensely. If you are a fan of the first Deadpool, then more likely than not you will be more than pleased with the sequel. 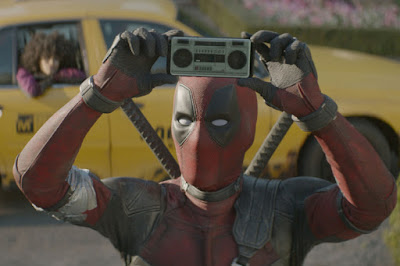 Deadpool 2 is directed by David Leitch, who co-directed John Wick and also helmed last year's Atomic Blonde. One thing I was especially excited about going into the film was the action, since that is Leitch's specialty. And the action in Deadpool 2 is just incredible. It ups the ante in every way, from the fighting choreography to the resulting gore. It's brutal, violent, and entertaining as all hell. While the first Deadpool had good action, it wasn't as good as it could have been. But Deadpool 2 absolutely delivers on it, and certainly puts the merc in the merc with the mouth. Each character gets their own fighting style. Deadpool has some finesse to his action, whereas Cable is a little more blunt. As hinted by the trailers, Domino's (Zazie Beetz) action scenes pop on screen. Never does the action feel redundant; it changes for each character, and that helps keep it interesting. The comedy is also back, and the movie doubles down on the jokes. Not every joke lands, but that was also the case with the original. For me, personally, 85% of the humor worked, and the jokes that didn't land never detracted from the film. Writers Rhett Reese and Paul Wernick walk a thin line with calling back to jokes from the first movie. There are a couple of cases where it feels like they just tell the same joke again, but for the most part they expertly build upon an original joke in a fresh, new way. They aren't retelling it, but are rather calling back to it, and it makes for some really funny moments. 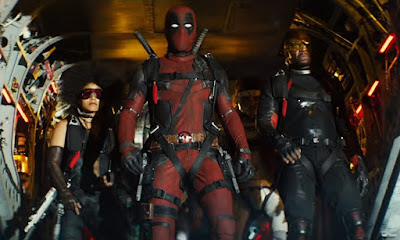 A slew of new characters are introduced in Deadpool 2, and the film does a great job in getting us hooked on these characters. Everything they do with Cable is fantastic, and it only makes me want to see more of him. What they do with Domino is incredible, and I want more of her as well. In fact, one negative I do have about this film is that I wanted more of Cable and Domino in it. They have sizable roles--don't get me wrong--but their characters are so good that it only left me wanting more. It makes me excited for the upcoming X-Force movie, as well as where they could take the characters in future stand-alone films or a Deadpool 3. Though, this movie could have benefited from using them a little bit more. One thing the trailers helped build up is the X-Force team Deadpool assembles in the film. I won't go into details as to exactly what their roles are in the actual movie, but it's something I was not expecting at all. If it had been set up differently, it may have angered me. But with the tone the film struck, along with how the characters were set up in the trailers, it worked for me. There are also some surprise cameos in the movie, some that I didn't even realize until I read up on it after. Some are kind of blatant, while others are blink-and-you-miss-it. So keep your eyes peeled for some A-list talent cameos! 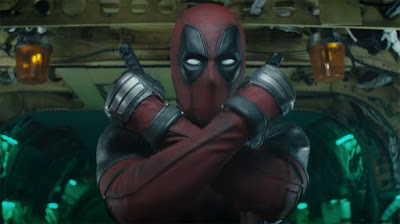 Overall, Deadpool 2 is a blast! The entertainment value of this movie is off the charts. In many ways, I found myself enjoying this film more than I did Avengers: Infinity War, and that's saying a lot! The comedy paired with the action definitely hits the sweet spot, and it makes for one hell of a film. David Leitch absolutely delivers on the action, ramping it up tremendously from the first movie. The comedy lands for the most part, calling back to some jokes from the first while also introducing a lot of new material. There were some weak gags, but nothing that overly detracted from the film. The introductions to Cable, Domino, and X-Force are all great, and leave me only wanting more of them! I do wish Cable and Domino were in the film a little bit more than they were. The movie also makes a bold choice in the very beginning that I really liked, though I can't help but wonder if I would have liked the movie more had they not gone in that direction. In the end, I liked Deadpool 2 just as much as the original. A second viewing may place a tiny bit above or a tiny bit below, but for right now I'd say they are both on the same level. It is definitely a worthy sequel, and it makes only more excited for the future of this new direction the X-Men franchise is heading it. Make sure to stay for the mid-credits scenes; they are absolutely hilarious! 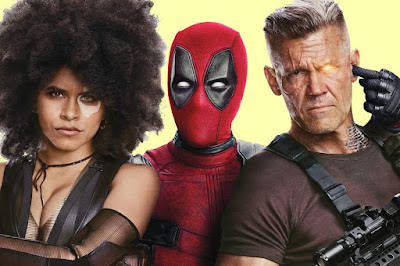 What do you think? Have you seen Deadpool 2? If not, are you planning on seeing it? Leave your (spoiler-free) thoughts in the comments section below.