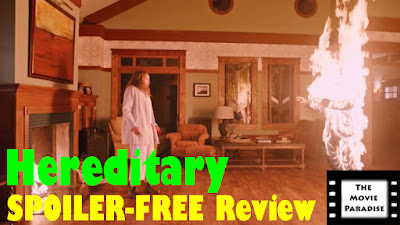 I haven't really been known to be a big A24 fan. Sometimes they make fantastic films, such as The Disaster Artist or Lady Bird. But many times I find they are too artistic and experimental and weird, and it makes for movies that lack real substance, like with The Killing of a Sacred Deer, A Ghost Story, and It Comes at Night just to name a few. However, the second I saw the trailer for Hereditary, the fact that it was being made by A24 immediately became inconsequential. The trailer for Hereditary is easily one of the best trailers of the year. It was shocking, provocative, and riveting. One of the biggest takeaways was hearing a critic say that Hereditary was this generation's The Exorcist, which is one of my all-time favorite horror movies. Since I saw that first trailer, Hereditary has been one of my most anticipated films of the year. So is Hereditary therefore one of the best movies of the year? No, it's not. But it is still a really good film. Hereditary does what few horror movies do nowadays; it takes its time in setting up compelling characters and an engaging narrative before it ever introduces any of the horror, and that allows the horror to be earned. I don't think Hereditary is as revolutionary as many critics are claiming it to be, but it is still a rather effective horror movie that more modern day horror films should model themselves after. 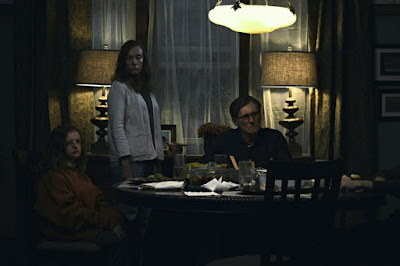 Hereditary is a slow burn. It takes a long time to get where it's going, and it demands your patience. But this is a nice contrast to many of the horror movies released today. So many horror films feel like they constantly have to barrage you with scares every other minute because they are afraid the audience will get up and leave the theater if they are not constantly scared. This is a ridiculous philosophy, because it expects so little of the audience. Hereditary rejects this notion. It takes most of the movie to establish, build, and develop its characters. The horror only works when you can get behind the characters and understand their decision-making, and Hereditary does this expertly. But just because the horror doesn't appear until late into the film doesn't mean there isn't tension or stakes. One of the best scenes happens at the end of the first act, and it drastically changes the entire story. It's a curve ball I never saw coming, and I love it for it. The film throws narrative curves that keep the story engaging, even if there isn't anything horror related happening on screen. And I think that is why Hereditary is as effective as it is. It's a movie first, and a horror movie second. Now, this does hinder repeat viewings. When I saw it a second time, the slow burn element felt even longer. Once you know where the story is going, you are kind of just waiting for it get there. It doesn't really effect my thoughts on the movie; it just means it's not really a movie you can watch again and again, at least in my opinion. 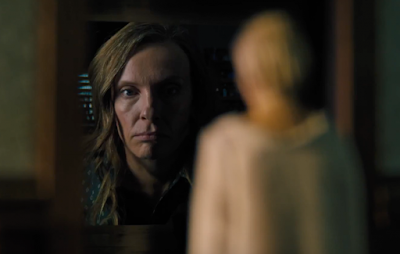 The performances across the board are great. The stand-out, however, is Toni Collette. She expertly navigates between playing a relatable mother to a raving lunatic. She has one specific scene at a dinner table where she lets loose with a monologue packed full with emotional ups and downs, and it really shows just how adept of an actor she is. Collette is fantastic in this movie and, while the other actors are certainly great, they all paled in comparison to her. The film is also beautifully shot. Director Ari Aster makes use of gorgeous cinematography. There is a recurring visual motif of a dollhouse, and many of the interior shots of the house are set up as if we, the audience, are peering into a dollhouse watching these characters. There are so many inventive shots like this that really make the film pop on screen. Aster makes distinct choices on what to show us and what not to show us, and this allows for the audience's imagination to fill in the gaps. A lingering shot on a character's face after a major plot point stands out the most. Aster's decision to show what he showed and, in turn, not show what he didn't show, makes the scene all the more effective. Overall, Hereditary is a slow burn that earns its horror. It spends most of the run time developing its narrative and fleshing out its characters, which makes the horror even more impactful. The performances are all fantastic, with Toni Collette being the stand-out. And some of the camera choices are incredibly effective. Upon subsequent viewings, the slow nature of the film can feel a bit tedious, but the wait is worth it for a really compelling horror film. 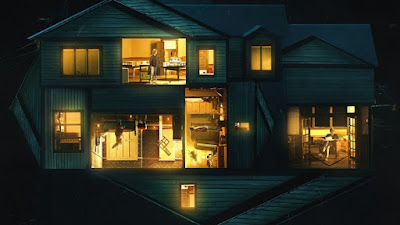 What do you think? Have you seen Hereditary? If not, are you planning on seeing it? Leave your (spoiler-free) thoughts in the comments section below.