I've always been mildly intrigued by Shane Black's The Predator. The original Predator movie is an all time action/sci fi classic, but none of the sequels have been able to recapture what that first film accomplished. I actually didn't mind Predators, but it wasn't nearly as good as the original Arnold Schwarzenegger film. But with the announcement of the Shane Black-directed sequel, I was intrigued. Black played a role in the first film, so he clearly is passionate about the IP. And he is a talented director. Plus the cast he's assembled, which includes Sterling K. Brown, Jacob Tremblay, Keegan-Michael Key, Olivia Munn, Boyd Holbrook, and Travante Rhodes, is pretty impressive. So while I haven't had high hopes for the movie, I haven't completely discounted it either. But the first trailer didn't do much to sway me either way. The beginning with Jacob Tremblay was interesting, but everything after that just felt average. So I've been hoping to see a new trailer to get me legitimately excited for this movie. And now we have our second trailer for The Predator, which opens in theaters on September 14.

Similar to the second half of the first trailer, this new trailer just feels average. I like that we know definitively that we're getting an R-rated film. It was assumed, but there was always a chance that the studio would try to tone it down in order to "reach a wider demographic". But this trailer immediately dispels that possibility, which is a good thing. Predator is an innately R-rated property, and making it PG-13 does take something away from the nature of the franchise, so I'm glad they're sticking with an R rating. Other than that, everything else just looks ordinary. The characters seem somewhat one-note. Hopefully the actual film fleshes them out, but it just seems like they will all have their one defining trait that they never break away from. I feel like they're going for the same testosterone-fueled comradery the group had in the original movie, but I don't think it will be nearly as effective this time around. The action and gore isn't really anything we haven't seen before, and the one joke Keegan-Michael Key has already feels stale. The "Super Predator" at the end of the trailer is an interesting concept and could be used well, but it also has a strong chance of coming across as unnecessary or cheesy. It could be a great addition to the Predator lore, but it could also just as easily feel like a desperate attempt to validate this movie's existence by chucking in a random new creature. Overall, the jury is still out on this film. My suspicion is that if the past two trailers have been average, then the movie itself will just be average. We'll have to wait and see how The Predator turns out. 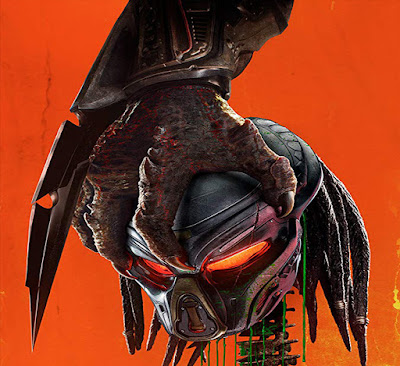 What do you think? Did you like the second trailer for The Predator? Are you planning on seeing the film? Leave your thoughts in the comments section below.