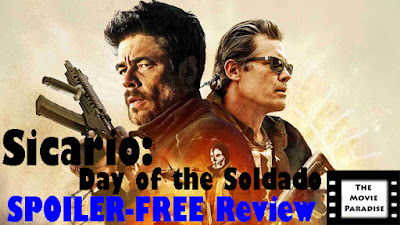 
I remember when I first heard that a Sicario sequel was coming, focused entirely on Benicio Del Toro and Josh Brolin but without Emily Blunt or director Denis Villeneuve involved, I wasn't sure what to think. I like Sicario a great deal, but I don't think it's Villeneuve's best film. Even with that, Villeneuve's direction and Blunt's performance really helps sell that movie. Sure, Del Toro and Brolin gave excellent supporting performances, but could a whole film be built around just them and could it work just as well? Even without an answer to that question, we now have Sicario: Day of the Soldado. While I wasn't on board initially, the first trailer really changed my tune. It was riveting and intense, and it really got my blood pumping. None of the other trailers have lived up to that first one, so my excitement for Day of the Soldado dwindled over the remaining months, but I still held out hope that it could be gripping in its own right. Sicario: Day of the Soldado is serviceable, though it has a Denis Villeneuve-shaped hole at its center, and the film lacks that steadfast performance Emily Blunt gave in the first one. 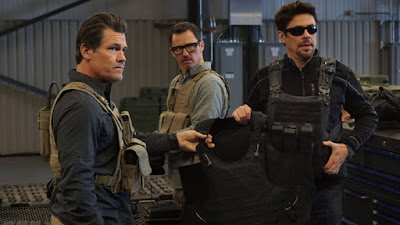 The strongest part of this film are the performances Josh Brolin and Benicio Del Toro give. They are two phenomenal actors, and they both give compelling performances in this movie. They have some time together on screen, but for the most part they are on their own separate journeys. The film might have been stronger had they spent more of the run time together, but I don't think their separation is necessarily the film's biggest flaw. I just think the story built around these characters is not as strong as it could have been. Whether it would have been stronger if they were together more or if it would have turned out the same is up for debate. From a technical standpoint, Day of the Soldado is a very well made movie. The cinematography is really good, and the film has a great score. One element that really stands out to me is the practical effects and the stunt work. It is clear that an incredible amount of work went into these effects, and it pays off. The action sequences feel gritty and visceral, and it is these parts of the movie are the best. Within Day of the Soldado are some excellent individual moments. There are parts of this movie where the tension escalates perfectly, giving us brilliant scenes. There are some absolutely heart-pounding shoot-outs and chases, and these instances certainly stand out. This is mainly due to the incredible practical stunts that are pulled off, and I think it is the sophistication of the practical effects and the stunt work, as opposed to them just using CGI, that really helps make these sequences stand out. 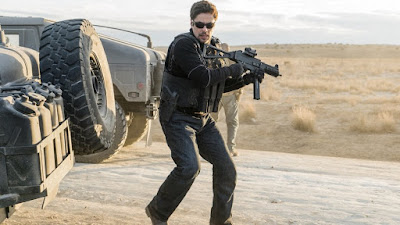 However, the rest of the movie encapsulating these scenes isn't nearly as strong. The story is not necessarily flimsy, but it just isn't as rock solid as it could have been. It's a little too convoluted for its own good. The stakes are not impressed on you as strongly as they are with the first film, so the sense of urgency that should surround the characters is not exactly there. You can tell that Day of the Soldado wasn't directed by Denis Villeneuve. The pacing isn't as sharp; the narrative isn't as clean cut. Director Stefano Sollima does direct certain scenes really well, but the movie in its entirety doesn't feel polished. The strength of the direction varies, as opposed to it being consistent all the way through. And this is really what makes Day of the Soldado feel like a lesser sequel. I have my issues with the first film, but one of its core strengths is that it has Denis Villeneuve behind the camera. It is not just the strength of the performances he gets out of his actors that is so effective, but it is also the pacing of the movie and how hard the story hits. This one doesn't have the same punch or the same fire. Sollima does a good job, but it is certainly a step down from Villeneuve. Overall, Sicario: Day of the Soldado is a serviceable film. It has some entertaining parts, and Josh Brolin and Benicio Del Toro give good performances. However, the film as a whole isn't nearly as strong as what Denis Villeneuve did with the first one, and it boils down to the directing. If you are a fan of the first Sicario, there are things to like about the sequel. But this one is not nearly as effective as the original. 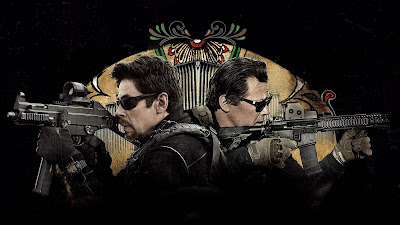 What do you think? Have you seen Sicario: Day of the Soldado? If not, are you planning on seeing it? Leave your (spoiler-free) thoughts in the comments section below.