Won't You Be My Neighbor? SPOILER-FREE Review 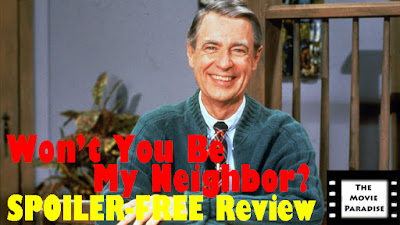 Every single person who has seen Won't You Be My Neighbor? has come to the same, resounding consensus: the world needs Mister Fred Rogers today more than ever. Prior to this documentary, I knew virtually nothing about Fred Rogers. I knew of Mister Rogers' Neighborhood, but I never really watched it as a child. I didn't know anything about the man, or the history or significance of his show. I really only saw this film because everyone was raving about it, and I knew it wasn't something I could miss. The job of a documentary is not just to entertain you, but to also take your knowledge about something and raise it, and that's exactly what Won't You Be My Neighbor? does. I knew essentially nothing about this person other than his name, and my knowledge was transformed. At the same time that director Morgan Neville walks you through who Fred Rogers is and the significance of his accomplishments, he finds a way to keep you continuously entertained. It's not just an information dump; you're learning and having fun at the same time, which is exactly what Mister Rogers' Neighborhood itself was trying to do. Won't You Be My Neighbor? brilliantly walks us through Fred Roger's personal philosophy about love and compassion, and shows us how his revolutionary thinking actually changed people's lives. 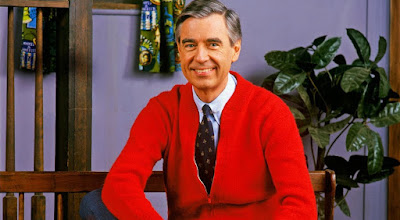 Fred Rogers looked at the then-new medium of television as a way to communicate to the masses. He had been on a path to become a minister, and then went into television at the last second. His whole ideology was that children should be treated with the same respect as adults, and shouldn't be pandered to. When heavy issues gripped the country, such as the assassination of President John F. Kennedy, many parents thought it was best to simply shield their kids from the truth. But Mr. Rogers demonstrated that children need to be told the truth, and that talking to them frankly is the only true way to calm their anxieties and ease their confusion. At the same time, Mr. Rogers also believed that every single person on this Earth is deserving of love and is capable of loving, and he lived that philosophy every day of his life. It is immediately apparent, when hearing the surviving cast and crew of the show or his relatives speak about him, how Mr. Rogers' love touched every single person he knew. His compassion and sheer love for others transformed these people's lives, as many of them had never been shown this kind of love before. Seeing the impact someone like Mr. Rogers had on other people is incredibly moving, and it is part of what makes this documentary feel so authentic. At its heart, this is about one man who had a belief, and his adherence to that belief changed other people's lives. It is truly powerful to watch. The fact that I had never watched the show or knew very little about Mr. Rogers immediately became irrelevant, as the film wholly immerses you in this man's world. In that sense, this film is very skillfully crafted. 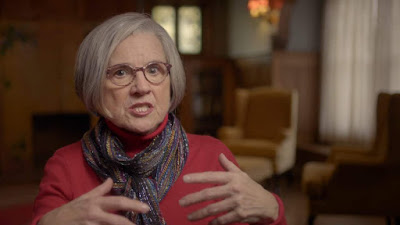 There are some giant gut-punches in this film, parts where I could feel myself starting to get emotional. But it doesn't feel like Morgan Neville is trying to force any emotion out of you. This feeling comes about organically, because we are witnessing the greatest possibilities of human nature. So often today we see all the evil humans are capable of. We see the depths we as a species can sink to. But with Won't You Be My Neighbor?, we see it go in the complete opposite direction. We see lengths a man will go to show love and compassion, and it is entirely rejuvenating. You feel cleansed seeing Mr. Rogers' capacity for love. One criticism I do have of the movie is that I didn't feel like there was any strong overarching story. It jumps around quite a bit, talking about Fred Rogers' upbringing, to the success of his show, to the intricacies of his philosophy, to his other career ventures. I never felt like there was a strong, clear direction the movie was taking. As a result, it's hard to figure out the time line of when everything occurred in relation to each other. It doesn't really detract from how powerful the movie is, but the film would have been even stronger had it had a more apparent direction. Overall, Won't You Be My Neighbor? is touching and moving. You don't need to know a thing about Mr. Rogers to understand and appreciate this documentary, as clearly evident in my case. It could have had stronger connective tissues, but there are some incredibly profound and emotional moments in this film, and it will give you faith in humanity. 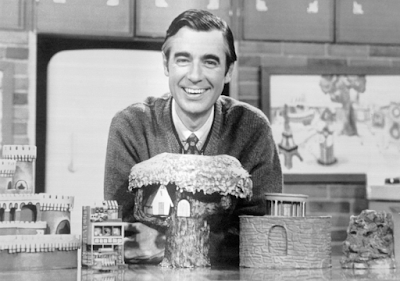 What do you think? Have you seen Won't You Be My Neighbor? If not, are you planning on seeing it? Leave your (spoiler-free) thoughts in the comments section below.

Written by: Nathanael Molnár
Email us your movie questions at: themovieparadise999@gmail.com
Like us on Facebook, and Follow us on Twitter and Instagram @movieparadise99
2018 film betty aberlin documentary fred rogers mister rogers neighborhood morgan neville nate spoiler free review won't you be my neighbor