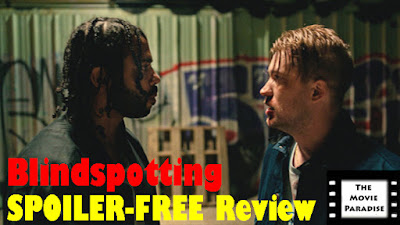 I didn't really know much about Blindspotting before I went to go see it. I had seen the trailer a couple of times, but I didn't have the strongest sense of what the film was actually about. I went and saw Blindspotting as part of my new initiative to see a new movie in theaters every Saturday morning. It gives me an excuse to go see movies that aren't the big blockbusters that I've been looking forward to for months and months, and Blindspotting certainly fits that bill. It centers around two friends, Collin (Daveed Diggs) and Miles (Rafael Casal), who reach a bit of a crossroads as Collin is finishing up his probation and begins to reassess whether Miles is really a healthy person to keep in his life going forward. Blindspotting does a really great job in balancing comedy and drama, as it tells the story of these characters while also hinting at larger issues that surround them. Through some really creative and innovative techniques, Blindspotting works as a non-confrontational social commentary, with the development of its characters being at its forefront. 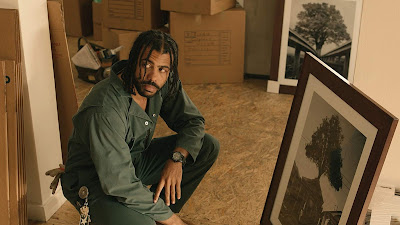 Daveed Diggs and Rafael Casal wrote this film together, so clearly not only is this an important story to them, but they have a real life bond, and that bond shows in their performances. The relationship between Collin and Miles is the most important part of this movie and if it doesn't work then the movie doesn't work. Diggs and Casal have so much natural chemistry together that you genuinely feel like Collin and Miles have been friends all their lives. You can feel the history between them. While the film certainly has its darker parts, a lot of it is Miles and Collin going to work and goofing around and trying to survive in the world. It's a character-driven narrative, and it works because you buy into these characters. Blindspotting's greatest attributes are not just Diggs and Casal's chemistry, but also their individual performances, as well as the strength of the writing of the characters. Between the way they're written and the life the performers give them, the characters really pop off the screen and you immediately become attached to them. And for a movie like Blindspotting where its characters are really its defining feature, that is an incredibly paramount thing to pull off, and they do a great job of it. Blindspotting maneuvers around a lot of deeper, darker issues, not just between the two characters but also in a larger societal sense. The film doesn't exactly tackle these issues head-on, but rather highlights these issues through the characters' own internal struggles, and I found that to be a fantastic way to address these larger issues within a character-driven piece. 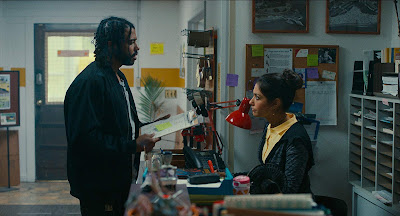 There are a few sequences in this film, specifically dream sequences and a scene near the end of the movie, that I haven't really seen before. They are these deeply metaphorical scenes that aren't paper-thin obvious in terms of what their meaning is, but are also transparent enough that the message becomes clear. It's done in a really creative and innovative way, and there aren't too many movies that come out nowadays that I can say did something truly original. So hats off to them for pulling it off! Overall, Blindspotting is an incredibly effective character-driven comedy/drama. Daveed Diggs and Rafael Casal have visceral on screen chemistry that radiates whenever they act together. You feel a tangible history between the two characters, and the success of their relationship is imperative to this film working as a whole. Diggs and Casal's individual performances are also great, and I think they have long careers ahead of them. Director Carlos López Estrada maneuvers well between comedy and drama, allowing the hilarious moments to hit hard while the really emotional parts hit even harder. It also handles really sensitive and complex issues through the characters, which helps the movie retain its character-driven nature. The use of dream sequences in this film is incredible, and it takes it to a place that I haven't really seen before in a movie, at least not done quite in this way. So I absolutely applaud this film's originality. If Blindspotting is playing near you, I would highly recommend going and checking it out. 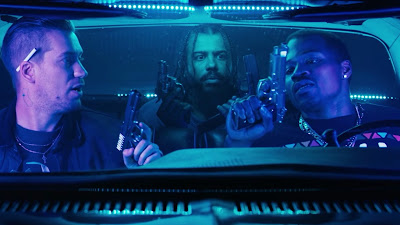 What do you think? Have you seen Blindspotting? If not, are you planning on seeing it? Leave your (spoiler-free) thoughts in the comments section below.