James Gunn, Dave Bautista, and Guardians of the Galaxy Vol. 3: The Messy Situation Disney is Now In 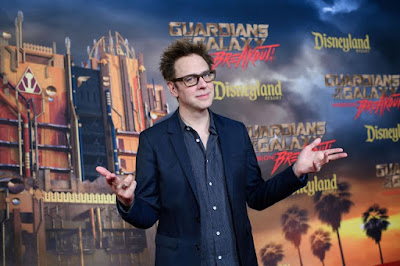 As many of you already know, James Gunn, the director of Guardians of the Galaxy and Guardians of the Galaxy Vol. 2 was fired by Disney due to completely insensitive and inappropriate tweets he wrote a decade ago. I intended on reporting on this story when it initially broke, but I was afraid my voice would be lost in the shuffle, and it wouldn't really matter in the grand scheme of things. However, as the story grows more and more pressing, I find it harder not to express my opinion. That is ultimately what this site is for: voicing my opinion. While James Gunn never should have written those tweets, I find it rather pointless to punish him for ten year old remarks, especially when considering the fact that he, on his own, realized that what he said was wrong and he apologized for his tweets. That doesn't excuse what he said, but it does show that he has grown as a human being since then. And I have been under the impression that his firing is a mute gesture at this point, especially when considering the fact that Disney must have known about his tweets before initially hiring him, as it would have been entirely foolish of them to bring him on for Guardians of the Galaxy without having done a complete and thorough background check.

So I am fully under the belief that Gunn himself has realized the severity of his comments, and has taken active measures to rectify the pain he has caused on his own. So why punish Gunn for things he has already publicly acknowledged as wrong, especially when you knew about it beforehand? It just seems counterproductive, at least from my perspective. I can't blame people for feeling like he should have been fired, because his tweets were offensive; there's no getting around that. I just wonder at what point do we give someone another chance or at what point do we decide that they are beyond the point of redemption. I personally believe, in the case of James Gunn, that he has already owned up for his wrongdoings, and he is no more worthy of being fired for his crimes than Robert Downey Jr. is for his (and I don't believe RDJ should be held accountable for his past any longer). All of this is to say that James Gunn has already atoned for his sins, and further punishment is pointless. With that said, however, I can understand why Disney initially wanted to fire him. Hollywood is in uncharted territories with the whole "Me Too" movement, and there is no telling what kind of long term effects keeping someone like James Gunn on can have on a property. So I can't exactly fault them for letting him go even though I think I think it was the wrong decision for them to make. Hollywood has needed a purge. Villains like Harvey Weinstein and Kevin Spacey have roamed free for decades, doing whatever they like with no repercussions. But Gunn, someone who wrote stupid tweets about rape, is not comparable to Weinstein and Spacey who actually did rape people. And to handle their cases the exact same way is wrong and counterproductive. 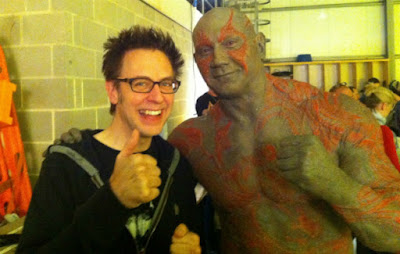 However, this entire story has taken a drastic turn. It began when every single leading cast member in the series put out a joint press statement in support of James Gunn (you can read it in full here), and now Drax the Destroyer himself Dave Bautista has put out a gamechanging statement. saying on Twitter:

"I will do what I'm legally obligated to do but @Guardians without @JamesGunn is not what I signed up for."

"[Guardians of the Galaxy] w/o @JamesGunn just isn't GOTG. It's also pretty  nauseating to work for someone who'd empower a smear campaign by fascist #cybernazis. That's just how I feel."

Okay, there's a lot to unpack here. Bautista publicly criticizing Disney, a company he currently works for, is not good. Disney is not happy with what Bautista is saying right now, because it is being openly insubordinate. So how do you handle this situation? If Disney had plans to give into public pressure and rehire James Gunn, they would have done it by now. So what do you do instead? You can't have an employee of yours saying it is "nauseating" to work for you, and you aren't going to do the one thing that would get him back on your side. Disney can try to reach out to Bautista and tell him to be quiet, but I don't think he is going to listen. Nor should he. Bautista has made his choice, and doesn't want to do a Guardians movie without James Gunn. He legally has to, but he does not want to do it. That is his right, and he believes this is an issue that he needs to stand strongly on, and good on him for sticking to what he believes. But Disney as a company cannot allow this to continue. So since talking to Bautista isn't going to work, they have two options: 1) They give in and bring James Gunn back or 2) They let Dave Bautista go. If they wanted to give in, they would have already brought Gunn back. And if they planned on doing so to please Bautista, we would have heard an announcement within the past 24-48 hours since Bautista posted his tweets. So their only other option is to fire Dave Bautista. 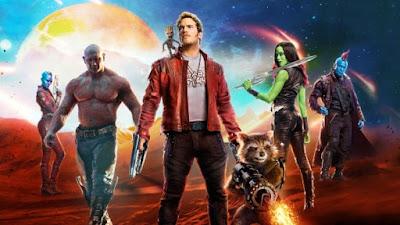 This is where things get messy. Even though Bautista is practically calling for Disney to fire him, his termination isn't going to go well with Chris Pratt, Zoe Saldana, Bradley Cooper, Vin Diesel, Sean Gunn, and Karen Gillan. They all signed that statement about James Gunn, so they are being vocally critical of Disney. They haven't personally gone to the same lengths that Bautista has, but, if Disney fires Bautista, it opens the floodgates. Pratt, Saldana, Cooper--all of them--will rush to Bautista's side. It might just be that they say that this was the wrong decision on Disney's part, or they might actively call for Disney to let them go too. Disney can't pick and choose who they let go. If they let Bautista go for insubordination, they can't then keep Chris Pratt on if he is doing the exact same thing Bautista did. If Bautista is fired and the entire cast rushes to his side (and the press statement they all made together leaves us to believe that is what will happen), then Disney will be forced to fire them all.

So what then? Does Disney recast everyone and push forward with new Guardians movies? Who will want to work with them on this project is everyone is so clearly expendable? Or does Disney just cancel Guardians of the Galaxy Vol. 3? If Vol. 3 is cancelled, that doesn't change the fact that Marvel clearly had big plans for the Guardians going forward. Crossing them over with the Avengers in Avengers: Infinity War and Avengers 4 wasn't a one-time thing; Marvel clearly had bigger plans for the Guardians in Phase Four, Five, and beyond. So even if you do cancel Vol. 3, that doesn't change the fact that your larger plans are ruined. And even if you do force everyone to do Vol. 3, that's the end of their contracts. They won't sign new deals to do other movies in the universe. So that's where Disney is at right now. They have been backed into a corner, and any decision they make now will have major ramifications. It's a domino effect. So what is the solution? I don't know. I personally think the best thing--and the right thing--to do would be to bring James Gunn back. But Disney might see that as a sign of weakness, even though continuing down this rabbit hole is foolhardy. I do think they have gotten worse press from firing Gunn than they would have from keeping him on, but there are people who support Disney's decision. Bringing him back won't magically solve everything; a lot of the damage is already done. Many ties are already severed. Right now, Disney is in an impossible situation, and only time will tell exactly how they will handle it, and whether or not they will ultimately make the right decision. 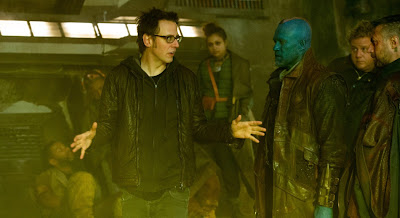 What do you think? What should Disney do next? Should they bring back James Gunn, or should they fire everyone else one by one? Is there any way to truly fix this situation, or is the damage already done? Leave your thoughts in the comments section below.