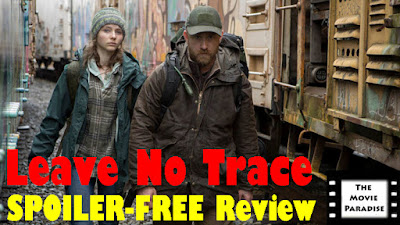 It seems like every year we get at least one movie about a family who lives out in the woods. In 2016 we got Captain Fantastic, in 2017 we got The Glass Castle, and now, in 2018, we get Leave No Trace. I always find these movies interesting, because they usually dive into the psychology and the philosophy behind living in the woods isolated from society. And with that usually comes some compelling storytelling and excellent performances. With Leave No Trace, Army veteran Will (Ben Foster) and his daughter Tom (Thomasin McKenzie) live out in the woods until they are forced to assimilate into society, which causes a divide between the two. I didn't really know anything about this movie going in but, as part of my new initiative to see a new film in theaters every Saturday morning, I went to go see it, and I quite liked it. While I'd say I probably like Captain Fantastic and The Glass Castle more, Leave No Trace is a great drama featuring two strong performances from two talented actors. This film isn't going to win any Oscars or make any big splashes in pop culture, but for what it is as a film, Leave No Trace is certainly worth the watch. 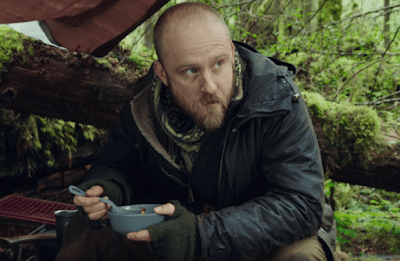 Ben Foster (Hell or High Water) and Thomasin McKenzie (The Hobbit: The Battle of the Five Armies) have fantastic chemistry together. You legitimately buy them as father and daughter, which might sound like a given but it is not an easy thing to truly pull off. When your film is entirely focused around two characters, and their relationship is really the heart of the movie, you need their relationship to be 100% tangible. In order for it to work, you need to entirely feel their connection, and Foster and McKenzie absolutely nail it. In many ways, McKenzie steals the spotlight from Foster, who is a world class talent himself. It shows just how great of an actor she is that she can act off of Foster in the way that she does. While I don't think Leave No Trace is the kind of movie that will have people talking (it's just too small of a film to be that), I do think Thomasin McKenzie has a bright future ahead of her in this industry. And in ten-fifteen years when we're all talking about how fucking incredible she is, what movie will we look back on as the first sign of her true talent? Leave No Trace, that's what! Now, you can have the greatest actors in the world, but this movie wouldn't work if the characters they're playing aren't great. Tom and Will are great characters, and there's a lot of nuance to them. Will's past isn't all laid out for you in some big exposition dump; you get hints here and there, and you're left to draw your own conclusions as to why he is the way that he is. This film is first and foremost character-driven, and for that to work you need great characters and great actors portraying them, and Leave No Trace has both of those! 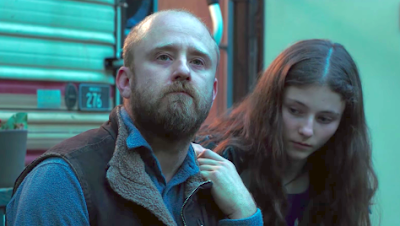 The actual narrative for Leave No Trace isn't the strongest. There isn't really any big overarching story to it. It's more following a period of time in these characters' lives, and seeing how they react to and grow as a result of new scenarios and situations they're thrown in. This is why I say that the film is character-driven, because the focus isn't put on evolving a narrative; it's put on evolving the characters. It works because you are invested in the characters and the actors do a brilliant job in bringing them to life, but the lack of a strong story does keep it back a bit. Captain Fantastic and The Glass Castle both have great characters, great performances, and a great story, and they're stronger for it. Their narratives explore this lifestyle and mindset, whereas Leave No Trace simply follows the characters. For Leave No Trace it works, but I think a more concrete, overarching story would have made it an even stronger film. Overall, Leave No Trace is a really good movie. Ben Foster and Thomasin McKenzie's performances are the highlight of the movie, with McKenzie especially shining and showing just what she is capable of. The characters are well developed, and you enjoy spending time with them and following them throughout the events of the film. But a lack of a strong narrative, while not necessarily detracting from the movie, keeps it from going to the next level. Leave No Trace is certainly worth checking out at some point. 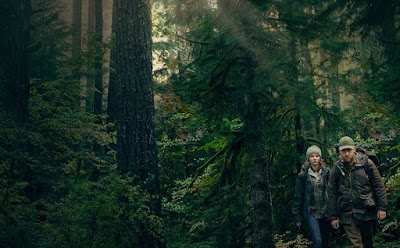 What do you think? Have you seen Leave No Trace? If not, are you planning on seeing it? Leave your (spoiler-free) thoughts in the comments section below.