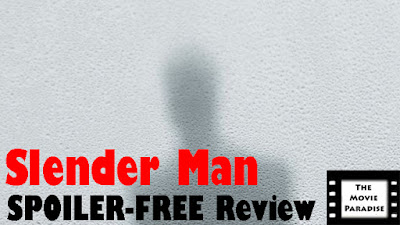 
Dear God, what did I get myself into? I never used to say I was a fan of the horror movie genre. I had seen so many shitty horror movies--loaded with terrible characters, awful performances, and lazy jump scares--that I was left rather cynical about the genre as a whole. Whether that was fair or unfair of me is up for debate, but that's how I felt. However, as I went back and began watching classic horror movies, such as The Thing, Halloween, Psycho, The Exorcist, Carrie, Rosemary's Baby, etc., I realized that I was actually a fan of horror movies; just not modern horror films. And then modern horror movies began to take a turn. We got films like The Babadook, It Follows, Lights Out, Don't Breathe, It, and others that us showed just what modern horror movies can be like. That there is light at the end of the tunnel! And then I went and saw Slender Man, and it brought me right back down to reality and reminded me of just why I was reluctant to call myself a horror movie fan in the first place. Slender Man is an utterly terrible movie with laughable characters and horrendous writing, saved only by the sheer fact that you can laugh in this film's face at just how bad it is. 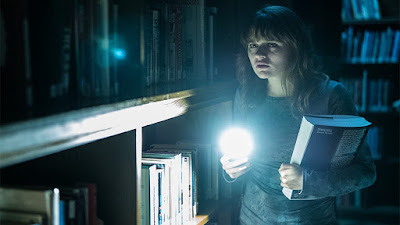 I had a lot of fun watching Slender Man, but not because the movie itself is fun. Quite the contrary, in actuality. I saw Slender Man with a few buddies, and I had a great time laughing at this film. Before I get into this movie's atrocities, I will very quickly fire off the few things I thought it did well. There are some genuinely creepy sequences. There are a few points in the film where director Sylvian White actually builds tension well and I have to admit, I was kind of creeped out a little bit. The cinematography isn't atrocious; I would go beyond saying it's competently shot to saying it's actually pretty well shot. Slender Man's cinematography isn't going to move mountains, but it went beyond the bare minimum, and that doesn't happen a whole ton with this movie. The CGI is also effective. Again, the special effects aren't the most astonishing thing I have ever seen, but they could have been far worse. So Slender Man's shining qualities are that there are a few things it could have done far worse. Outside of those few things, Slender Man sucks. The characters are all one-note, and any sort of character development is done through giant exposition dumps explaining who they are directly to the audience. The performances aren't as bad as I have seen in other horror movies, but they're not good. So I guess another credit to Slender Man is that the acting could have been worse, though it also could have been a lot better. The dialogue hurts my ears to listen to. I'm a stickler when it comes to movie dialogue, and maybe I sometimes rag too much on a film if its dialogue sounds fake. But with Slender Man, it doesn't even feel like they are fucking trying with some of the shit the characters are saying. Effective dialogue is one of the most imperative aspects of a movie, and it feels like the writers just wrote whatever they random shit they needed to in order to move from one scene to the next. 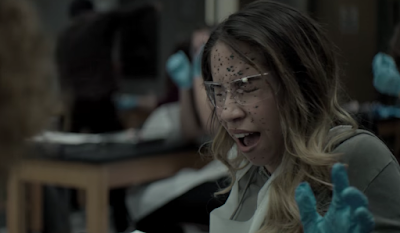 The story doesn't really make much sense. The characters would constantly spell out everything they needed to do, and even then I had a hard time following exactly who was doing what and for what reason. It jumps around all over the place and you just have to accept that and try to follow it the best you can. I wish I had a counter for every time the characters would watch video footage showing what happened to someone. It can be an effective tool in a horror film... when it's used once or twice. I swear to God, it happened at least seven or eight times. It feels like every scene someone would say, "Wait, what's this video?" and they would all huddle around and watch something on someone's phone. Like I said, once or twice can be incredibly effective, but after seven or eight times it just becomes blatantly lazy. Overall, Slender Man is a really bad horror movie that you can have fun with by laughing at it. There is one scene where a guy has... convulsions, let's say that... and my entire theater lost it. I haven't laughed that hard in a movie theater in a long time, and Slender Man gave that to me. But with that aside, this film is just terrible. The characters are all surface level, and the performances are completely dull. The narrative doesn't make much sense, as the plot jumps all over the place. While it does have a few redeeming qualities, such as a couple suspenseful scenes, decent CGI, and adequate cinematography, these few qualities do little to make up for how horrendous the rest of the movie is. If you're looking for a genuine horror movie, you will be sorely disappointed. But if you want to just go with a few friends and laugh at how bad it is, you will have a very entertaining movie theater experience. 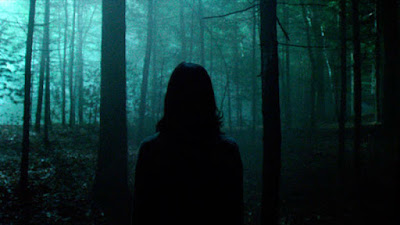 What do you think? Have you seen Slender Man? If not, are you planning on seeing it? Leave your (spoiler-free) thoughts in the comments section below.